This week we call your attention to the disasters in southern Africa. Mozambique was lashed with two deadly cyclones, Idal in March and six weeks later Kenneth in late April. There had been no such cyclones in a decade and now two in close sequence. UN weather experts say it is unprecedented for two cyclones of such intensity to hit Mozambique in the same season.

The World Meteorological Organization (WMO) also said that no previous records show a cyclone striking the region as far north as Kenneth.It said a fact-finding mission would examine the “impact of climate change and sea-level rise on Mozambique’s resilience” to extreme weather.

The devastation is catastrophic and the need for both rapid emergency aid and long term help in rebuilding is huge. Many governments and NGO’s are trying to help and we call upon you to step forward with donations. You might consider the Mercy Corps or Oxfam for example.

Find a campaign to work for. Light must be made to shine in the darkest of places. We invite you to join Freedom United        and raise your voice against child slavery.

Prisoner of conscience Mikhail Tsakunov was released under travel restrictions on 26 April after spending almost a year in pre-trial detention. He was arrested in May 2018 and charged with violence against a police officer for his peaceful participation in an opposition rally. The criminal proceedings against him are ongoing and he is still facing up to five years in prison if convicted.

Cristina Palabay of Philippines-based human rights alliance Karapatan received on 22 April a text message from an unidentified person warning her and several others that they are targeted to be killed this year. Hours earlier, Karapatan member Bernardino Patigas was shot dead in Escalante City, Negros Occidental. He is the second human rights defender killed who was on a supposed ‘hit list’ released in 2018. The killing of Patigas and the threats against Palabay come amid increasing risks for human rights defenders in the country.

Wei Zhili, an editor of “New Generation” (xinshengdai) a website which monitors and reports on internal migrant workers in China, has been transferred to secret incommunicado detention since 20 April 2019. Under this form of detention, he does not get access to a lawyer of his choice. He is at risk of torture and other ill-treatment.

Urgent Action:
Help Muslims in Xinjiang, China, observe Ramadan
Write to the organization representing Muslim countries and demand it speaks up for Muslims being denied the right to practice their religion in Xinjiang. 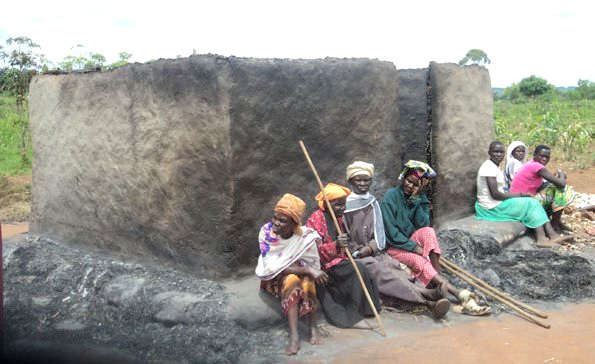 Since 3 January, rangers from the Uganda Wildlife Authority have been carrying out forced evictions of communities in the Apaa area in northern Uganda. They have burnt homes, looted property and attacked community members. Hundreds of people have been rendered homeless, while several others remain at risk of forced evictions.