This week we turn our attention to HIAS Hebrew Immigrant Aid Society .

HIAS works around the world to protect refugees who have been forced to flee their homelands because of who they are, including ethnic, religious, and sexual minorities. For more than 130 years, HIAS has been helping refugees rebuild their lives in safety and dignity.

The killer in the Pittsburgh synagogue was targeting the work of HIAS> Please make a donation in the memory of the victims.

Stand up for refugees

A major calamity for indigenous people is enforced contact which can be deadly. Please act for people such as the tribes of the Congo basin.

Find a campaign to work for. Light must be made to shine in the darkest of places. We invite you to join Freedom United        and lend your voice to the call to the government of Australia to enact  a strong and robust Modern Slavery Act that sets new global standards in protecting victims and holding businesses accountable, other nations will have a higher bar to follow — resulting in better protections for victims and survivors both regionally and all over the world.

On 30 September, Salah Hammouri, French-Palestinian lawyer and NGO worker, was released from Ketziot prison in southern Israel. He had spent one year in administrative detention without charge or trial.

On 30 September, a French-Palestinian NGO worker and lawyer Salah Hammouri was released from Ketziot prison in southern Israel, after spending 378 days in administrative detention without charge or trial. Salah Hammouri works as a field researcher in Jerusalem for Addameer Prisoner Support and Human Rights Association, a Palestinian human rights organization based in Ramallah, in the occupied West Bank. According to Addameer, Salah Hammouri’s release came after an Israeli judge ruled to not renew his administrative detention again. He has now returned to his home in the neighbourhood of Kafr Aqab, in occupied East Jerusalem.

In February 2016, the Israeli authorities deported and banned Salah Hammouri’s wife Elsa Lefort, also a French national, from entering the Occupied Palestinian Territories (OPT) and Israel, after detaining her for three days at a detention centre near Ben Gurion airport. She and their two-year-old child have not been able to see Salah Hammouri since his arrest.

Salah Hammouri spoke to Amnesty International after his release and delivered the following message of thanks to all those who took action on his behalf: “Despite my deprivation of liberty, I had no doubt that the mobilization would grow in support of my case. I had no doubt that supporters from all over the world would stand again to denounce the injustice and arbitrary detention and to demand my release.’’

He added: ‘’This was a real hope for me, for my family, for my wife and son that I have not seen in over a year. I thank you all sincerely. I want to tell you that I will be worthy of the support you are giving me and keep fighting the injustice that strikes us. Our freedom is not for sale, even if we sometimes pay a very high price. The Palestinian people, like all others, should live freely. The fact that you do not intend to give up, gives me and others so much strength to continue our struggle against the occupation. The support and mobilization should continue until the release of all Palestinian political prisoners and detainees, including my colleagues from Addameer Ayman Nasser and Khalida Jarrar, which are cases that Amnesty International continues to campaign on.’’

Alfredo Okenve, an Equatorial Guinea human rights defender was brutally attacked on 27 October by unknown armed men. He was later abandoned in a lonely area outside the city of Bata, Equatorial Guinea’s capital.

In 2016, Human Rights Watch exposed the shackling of 18,000 people with psychosocial disabilities in Indonesia. Since then the government took promising steps to rescue people from chains while raising awareness and providing services. However, today, more than 12,800 people are still shackled—to beds, cement blocks, or in animal pens. Help end shackling once and for all by calling on the Indonesian government to monitor and end the practice of shackling inside institutions. 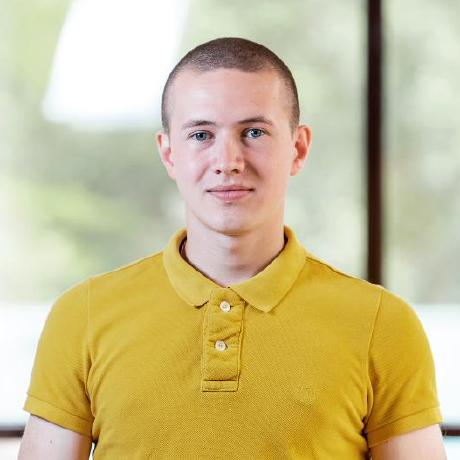 After weeks of uncertainty about the fate and whereabouts of IT specialist Victor Filinkov and civil society activist Yuliy Boyarshinov, on 31 October the two men were confirmed to being held at pre-trial detention centers in St. Petersburg, Russia. The authorities failed to disclose the fate or whereabouts of the two men, despite them being in their custody, which amounts to an enforced disappearance. Their allegations of torture and ill-treatment remain un-investigated and there are serious concerns for Victor Filinkov’s health.

Activist Tin Maung Kyi has been detained for staging a peaceful solo protest calling on the international community to arrest senior Myanmar generals. He has been charged under laws often used to silence peaceful activists and faces up to two years and one month in prison if found guilty. He must be immediately and unconditionally released.

Turkey, the most notorious country in the world in terms of jailing journalists, with 237 currently behind bars, has also come after foreign reporters in an ever-escalating crackdown on freedom of the press and freedom of expression.

Dozens of foreign reporters have faced administrative and legal action including false imprisonment by the government of President Recep Tayyip Erdoğan, which is bent on silencing all critical voices in Turkey including local, regional, national and even foreign ones.

A new report by the Stockholm Center for Freedom titled “The Clampdown on Foreign Journalists in Turkey” explains in detail how reporters from other countries face serious obstacles in Turkey that at times suggest a deliberate, systematic and calibrated policy by the government is in fact being implemented.