This week we turn our attention to the Helen Keller International Foundation-mission statement:

“Our mission is to save and improve the sight and lives of the world’s vulnerable.”

This charity is highly rated by Charity Navigator and by GiveWell.. 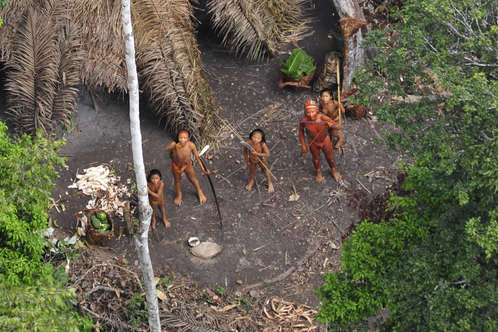 When left alone they thrive

Find a campaign to work for. Light must be made to shine in the darkest of places. We invite you to join Freedom United        and watch some videos with the stories of victims and survivors. They will tell you what they want you to do.

On 16 April, the Israeli Supreme Court ruled that 20-year-old journalist Yousef al-Kronz, who was seriously wounded by Israeli forces on 30 March during Land Day protests in the Gaza Strip, must be permitted to leave Gaza for urgent medical care in Ramallah to save his remaining leg.

On 16 April, the Israeli Supreme Court ruled that 20-year-old journalist Yousef al-Kronz, who was seriously wounded by Israeli forces on 30 March during Land Day protests in the Gaza Strip and has already lost one leg to amputation, must be permitted to leave Gaza for urgent medical care in Ramallah in the occupied West Bank to save his remaining leg. Three Israeli judges ruled unanimously in his favor, accepting a petition filed by human rights groups Adalah and Al Mezan Center For Human Rights on 8 April 2018. Yousef al-Kronz was transferred to the Arab Istishari Hospital in Ramallah on 16 April and will undergo surgery on Sunday 22 April.

On 1 April, Adalah and Al Mezan had submitted a request to exit Gaza on behalf of Yousef al-Kronz to the Israeli military Coordinator of Government Activities in the Territories (COGAT), a unit of the Israeli ministry of defence. After three days without response, the two human rights organizations sent a follow-up letter to COGAT on 4 April. COGAT responded on 5 April, with a rejection of the request, apparently because it believed that Yousef al-Kronz had participated in mass protests on 30 March. On 8 April, the two organizations filed a petition to the Israeli Supreme Court demanding that Israel allow Yousef al-Kronz to leave the Gaza Strip to travel to Ramallah, where his legs could possibly be saved. Despite the urgency of the request, the court decided not to hold an immediate session and gave the government three days to respond. Due to the delay, the condition of one of Yousef al-Kronz’s legs deteriorated to the extent that it had to be amputated at a hospital in Gaza, while his other leg has remained at risk of needing to be amputated without immediate medical treatment.

Yousef al-Kronz is a media and journalism student at al-Azhar University in Gaza City and works with the Palestinian Media Association. He told Amnesty International that he was covering the Land Day protests, east of al-Borej refugee camp, when he was shot in both his legs on 30 March near the Israel-Gaza fence.

Yousef al-Kronz spoke to Amnesty International on 17 April to thank all those who took action on his behalf: “I thank you all so much for your support that helped save my second leg from being amputated. I almost lost hope that I would be transferred to a hospital in Ramallah and my leg would be saved, but thank God there are people out there who care about me and did everything necessary to make sure that I received the adequate medical treatment outside of Gaza.”

He said, “I only represent one case of an injured person from Gaza. There are still many injured and sick people in Gaza who are in need of urgent medical care. I was lucky to leave, but others are still struggling to get to hospitals that would save their lives. I call on all people of conscience to not stay silent to what’s happening in Gaza.’’ He added, ‘’This is not my suffering, my suffering is the sufferance of all Gazans who lack basic human rights to live in dignity.’’

Kachin pastors Dumdaw Nawng Lat and Langjaw Gam Seng have been released from prison following a Presidential amnesty on 17 April 2018. The two men had been detained since December 2016 in connection with their role organizing a visit by journalists to Monekoe town, northern Shan State, to show the destruction allegedly caused by Myanmar Army airstrikes.

Kachin pastors Dumdaw Nawng Lat and Langjaw Gam Seng were released from Lashio prison in Myanmar’s Shan State on 17 April 2018. They were unconditionally released as part of a Presidential amnesty of 8,490 prisoners, including prisoners of conscience and arbitrarily detained individuals.

The two men were detained in December 2016 and held for a month in military custody without any charge and no access to their lawyers and family. They were detained shortly after they helped organize a visit by journalists to the site of an alleged military airstrike in late November 2016. They were charged under Article 17(1) of Myanmar’s 1908 Unlawful Association Act and 2012 Import and Export Law. Amnesty International believes that these charges were politically motivated and linked to their role in reporting alleged human rights abuses by the Myanmar military.

On 27 October 2017, they were each found guilty and sentenced to two years and three months in prison. Dumdaw Nawng Lat was sentenced to an additional two years in prison for “defamation” under Section 500 of Myanmar’s Penal Code in connection with a newspaper interview where he discussed the alleged airstrikes.

While Amnesty International welcomes the release of Dundaw Nawng Lat and Langjaw Gam Seng, the fact remains that they should never have been arrested and imprisoned in the first place.

Kachin prisoner of conscience Lahpai Gam has been released from prison following a Presidential amnesty on 17 April 2018. Detained since June 2012, he was tortured during interrogation and falsely accused of being a member of an “unlawful” association. Lahpai Gam suffers from ill-health, which further deteriorated while he was in detention.

Lahpai Gam was unconditionally released from Myitkyina prison in Myanmar’s Kachin State on 17 April 2018 as part of a Presidential amnesty which saw the release of 8,490 prisoners, including prisoners of conscience and arbitrarily detained individuals.

Lahpai Gam was arrested in June 2012 in Kachin State in northern Myanmar. He was held incommunicado for almost a month before being transferred to Myitkyina prison, and was tortured by the military during interrogation. Falsely accused of being a member of the Kachin Independence Army (KIA), an ethnic armed group in Myanmar, and of involvement in the bombing of a bridge in Kachin State, he was sentenced to a total of twenty years’ imprisonment. However, due to insufficient evidence, the Supreme Court overturned the convictions under the Unlawful Association Act and two of the four counts under the Explosive Substances Act. The two remaining charges were upheld based on a confession letter dated from the time he was tortured and held incommunicado.

Throughout his incarceration, Lahpai Gam maintained his innocence, and Amnesty International believes the case against him was politically motivated. In November 2013, the UN Working Group on Arbitrary Detention (WGAD) declared Lahpai Gam’s arrest and detention to be arbitrary on the grounds that it restricted his rights to freedom of movement and residence, to freedom of thought and conscience, to freedom of expression and opinion, and violated the principle of non-discrimination.

While Amnesty International welcomes the release of Lahpai Gam, the fact remains that he should never have been arrested and imprisoned in the first place.

Pavitri Manjhi has faced continued threats, harassment and intimidation in relation to her peaceful activism. Visited at her home by two men every evening from 3 to 5 April 2018, she has been told to withdraw all formal complaints filed by Adivasi villagers against two private companies who allegedly defrauded members of the community of their land.

The health and life of Mapuche Indigenous spiritual leader Machi Celestino Córdova, imprisoned since 2014 in Temuco, central Chile, is at risk after having spent more than 90 days on hunger strike, which he started in protest after the authorities denied him access to his ceremonial altar or rewe.

On 13 April, prisoner of conscience, Akmaral Tobylova was released on bail. She had been under house arrest since 13 March, and is charged with financing an extremist organization merely for browsing an opposition party website.