Our featured image above shows Miriam (1947-2012), who introduced us to the defense of human rights everywhere.

This week we turn our attention to Physicians for Human Rights-Israel.   This body stands at the forefront of the struggle for human rights–the right to health in particular–in Israel and the Occupied Palestinian Territory. Founded in 1988 by a group of Israeli physicians led by Dr. Ruchama Marton, PHRI works to promote a just society where the right to health is granted equally to all people under Israel’s responsibility. Please donate to this most worthy cause.

The Uncontacted Indians of Brazil

At risk of extinction from disease and land loss

In the depths of the Amazon rainforest in Brazil live tribes who have no contact with the outside world.

Illegal loggers and cattle ranchers are invading their land and bringing disease. They won’t survive unless this stops.

Find a campaign to work for. Light must be made to shine in the darkest of places. We invite you to join Freedom United        and lend your voice to the call to put a stop to exploitation of forced labor in U.S. detention.

An agreement signed on 27 March means that Alabama will not pursue another death warrant for Doyle Hamm, whose execution on 22 February was called off after the lethal injection team could not find an accessible vein over the course of two-and-a-half hours.

Doyle Hamm was convicted and sentenced to death in 1987 for the murder of Patrick Cunningham. Twenty-nine years old at the time of the crime, Doyle Hamm turned 61 on 14 February 2018 after 30 years on death row. His veins are compromised because of his lymphatic cancer and treatment for it, and his prior intravenous drug use.

A habeas corpus petition filed in federal court on 5 March opened with a description of what happened to Doyle Hamm during the attempted execution on 22 February: “On Thursday night, February 22, 2018, the state of Alabama strapped Doyle Lee Hamm to the lethal injection gurney in the execution chamber at Holman Correctional Facility and began to execute him. From about the time that the United States Supreme Court denied his application for a stay, at about 8.45 CST [Central Standard Time], to approximately 11.30pm CST when the execution was called off, the execution team inserted needles and catheters in his legs, ankles, and groin in an attempt to achieve venous access and end his life via lethal injection. For seven months preceding the execution, counsel for Doyle Hamm had vehemently, repeatedly, diligently, and properly warned the state of Alabama, the Governor of Alabama, the Alabama Attorney General, the Commissioner of Corrections, the Wardens of both Donaldson and Holman Correctional Facilities, the Alabama Supreme Court, the federal District Court for the Northern District of Alabama, the Eleventh Circuit Court of Appeals in Atlanta, and the United States Supreme Court in Washington, DC, that any attempt to access his veins would cause unnecessary pain and suffering in violation of the Eighth Amendment of the United States Constitution because of his medical condition.” The petition argued that a second execution attempt “by any means or methods” would violate the Constitution. A preliminary medical report by the doctor who examined Doyle Hamm after the first execution attempt was filed with the petition, and included photographs of the puncture wounds caused during this attempt on 22 February.

On 26 March attorneys for Doyle Hamm and for the State of Alabama entered into a private settlement agreement to resolve all pending litigation in federal and state court over the planned execution of Doyle Hamm. The terms of the agreement are confidential, but Doyle Hamm’s lawyer has said that Doyle Hamm, his family, and his legal team “are extremely relieved”. After signing a confidential settlement agreement, the lawyer jointly moved with the State of Alabama to dismiss a civil rights lawsuit and the federal habeas corpus petition in the Northern District of Alabama, as well as his state petition in Cullman County, Alabama. This will end the state’s efforts to set another execution date.

On 26 February, the District Court judge had issued an order setting 6 March for a “scheduling conference”. She added that “Before the conference, the parties SHALL discuss the possibility of an early settlement” [emphasis in original]. Doyle Hamm’s lawyer has said that he had been in settlement discussions with the state of Alabama since shortly after the attempted execution of Doyle Hamm on 22 February 2018.

No further action by the UA Network is requested. Doyle Hamm’s lawyer has expressed his gratitude to Amnesty International for its “help and support” on this case. Many thanks to all who sent appeals.

Upendra Nayak, a 65-year-old lawyer, was granted bail and released from custody on 23 March 2018. Charged with several offences, including ‘sedition’ and ‘waging war against the government of India’, in relation to cases registered by the police over eight years ago, he could face life imprisonment if found guilty.

Upendra Nayak was granted bail after the local court cited old age and ill health on 22 March 2018 and was released from custody the following day.

Arrested on charges including “waging war against the government of India”, conspiracy, and committing a “terrorist act”, Upendra Nayak was remanded in judicial custody to a jail in Gajapati in Odisha state, eastern India on 21 February 2018. The charges relate to cases that were filed in 2009 and 2010 against several people, some of whom were represented by Upendra Nayak and subsequently acquitted.

The Odisha state police have accused Upendra Nayak of providing Maoist armed groups with logistical support from 2009 to 2010. During that time, several Adivasis were arrested for supporting Maoists, and Upendra Nayak defended them in at least 10 court cases, leading to the acquittal of many of those arrested. For over three decades, Upendra Nayak has defended Adivasi accused facing fabricated charges.

A spokesperson for the Ganatantrik Adhikar Surakhya Sangathan (GASS), a local organisation in Odisha that challenges fabricated cases filed by the police against Adivasis in the state, told Amnesty International India that Upendra Nayak was arrested because he had represented Adivasis in the courts, and that the state had fabricated charges against the advocate.

Upendra Nayak will still face trial for the criminal offences laid against him. Amnesty International will continue to monitor his trial and issue updates, as appropriate.

The execution of 13 members of Aum Shinrikyo could be carried out any moment following the completion of the trial for the final two other cult members who turned themselves in after 17 years on the run.

At least 11 women from Iran’s Gonabadi Dervish religious minority have been arbitrarily detained in inhumane conditions, without access to their lawyers, since 20 February following the violent dispersal of a protest held by Gonabadi Derivshes in Tehran. Some urgently need medical care for injuries sustained from beatings at the time of their arrest.

11 students from Istanbul’s Boğaziçi University, who had attended a small peaceful campus protest on 19 March against Turkey’s military operation in Afrin, Syria, have been arrested and remain in police custody following statements by government officials labelling them ‘terrorists’. They risk prosecution under anti-terrorism laws and expulsion from university. 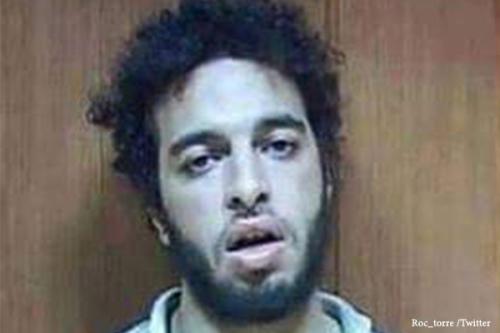 and Abdul Basir Abdul Rauf. The two men are at imminent risk of execution unless President Abdelfatah al-Sisi decides within 14 days of the sentence date to pardon or mitigate the sentence.