Our featured image above shows our beloved Miriam (1947-2012), a devoted human rights defender

This week we turn our attention to the an Israeli charity:

“Ofek Liyladenu” – Our Children’s Horizon, was established in Israel in 1997, as the national non-profit association of parents of children with blindness and visual impairment.  Ofek Liyladenu is a big community for more than 1200 families from all parts of Israeli society: Jewish, Muslims and Christians, and provides support and services to the children and their families. There are 4,000 children with blindness and visual impairment in Israel (2,500 legally blind). We believe that the children not only can be integrated into society, but grow and become active citizens and leaders. They should be able to exercise their right for equality and become capable members of Israeli society and so making it a better stronger society. With our trust and support the sky is the limit.

The director of the organization is our dear friend Yael Weiss-Rind. Please make a generous donation to help these children.

This week we focus on the aboriginal people of Australia.  Read the post and try to help them, if only by a letter to your local Australian ambassador.

Kamran Yousuf was granted bail and released from prison on 14   March 2018, following six months of pre-trial detention. He has been charged with several criminal offenses including ‘waging war against the government of India’, and faces life imprisonment if convicted. Kamran Yousuf, a  free lance journalist, was arrested by the National Investigation Agency (NIA) in September 2017 in relation to a case of alleged funding of terror-related acts as well as accusations that he had thrown stones at security forces.
On 14 March 2018, after six months of pre-trial detention,  he was  released from prison after a special court in Delhi granted his bail application the previous day. In January 2018, the NIA formally charged Kamran Yousuf, along with 11 others, with offenses
under the Indian Penal Code and the Unlawful Activities(Prevention) Act (UAPA), including ‘criminal conspiracy’, ‘waging war against the government of India’, committing ‘unlawful activities’ and being a ‘member of a terrorist organization’. The
primary evidence put forward for these charges were that  his mobile number was “persistently located at places where counter-terrorist operations were in progress” and that he was not a “real journalist” as he had not covered developmental activities carried out by the government. If convicted of the charges, Kamran Yousuf,who is 20 years of age, faces life imprisonment. Amnesty International believes the charges against Kamran Yousuf to be fabricated and politically motivated, and part of an attempt to stifle journalism in Kashmir. The special court, in its order granting bail for Kamran Yousuf, observed that the NIA failed to provide any evidence to show the accused indulged in stone pelting activities at any site, establish any direct links between him and the other accused in the case or prove he was member of any specific banned organization or that he was involved in “terrorist activities”. In response to the claims made by the NIA, the court further  observed that “mere presence of the accused at the site of incident is not sufficient to implicate such accused, who is a journalist, for the offenses that allegedly occurred during that period at that site” and that Kamran Yousuf covered “all kinds of incidents ranging from social, cultural, political and economical and other activities in the Kashmir Valley and as such…his presence on the sites of stone pelting incident etc is intrinsic”.
Kamran Yousuf will still face trial for the criminal offenses laid against him in January, however, the court stated that holding the NIA’s “accusation as prima facie true” would cause a “serious dent” to the personal liberty guaranteed under Article 21 of the Indian Constitution. Amnesty International will continue to monitor his trial and issue updates, as appropriate. Thank you to all those who sent appeals. No further action is requested from the UA network.

On 12 March, the armed group Jaish al-Islam and Russia agreed to allow the UN and the Syrian Arab Red Crescent to evacuate injured and ill civilians from Douma, a town in Eastern Ghouta, near Damascus city. On 13 March, 35 ill and injured were evacuated to Damascus city for medical treatment. Medics told Amnesty International that 33 of the evacuees were among the 529 patients awaiting evacuation since July 2017. A further two patients had recently been evacuated due to the severity of their injuries.

The previous medical evacuation took place on 27 December 2017 when the Syrian government approved the medical evacuation of 29 critical cases of the 558 patients from Eastern Ghouta. This evacuation was completed on 29 December 2017, with 17 children, six women, and six men transferred to hospitals in Damascus, where they are being treated for serious injuries or medical conditions such as heart disease, cancer, and kidney failure. Eastern Ghouta has been besieged by government forces for six years; the area is home to around 400,000 civilians.

We will continue monitoring the situation in Eastern Ghouta and will be sharing all relevant updates and actions on our story page, available here. 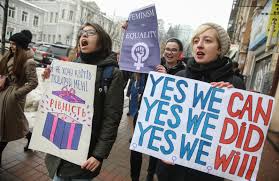 Across Ukraine, marches marking International Women’s Day, on 8 March, were marred by violence against peaceful demonstrators. Far-right groups physically attacked and have threatened with further violence women’s rights activists taking part in the event. The local police say that they are unable to offer protection from far-right groups.

On 8 February, human rights activists reported that two SNB officers leading the investigation on the case against detained journalist Bobomurod Abdullayev had been suspended and that the General Prosecutor’s Office had initiated investigations into allegations of torture and fabrication of a criminal case. Bobomurod Abdullayev, however, remains in SNB detention.

48 people including families and children, who came to Mexico looking for protection, are at risk of being deported to possible persecution or grave human rights violations in their countries due to unusual failures in the procedures of Mexico´s refugee agency and migration authority.