This week we turn our attention to Reporters without Borders, who serve to protect our right to be informed. Being a journalist is fraught with danger. As of today, the press risk barometer shows:

Find a campaign to work for. Light must be made to shine in the darkest of places. We invite you to join Freedom United        and call for the repeal of the Lebanese law that forces a girl to marry her rapist.

The Chaparrí Reserve is a wildlife hotspot, particularly known for its population of the rare spectacled bear. Photograph: Mariana Bazo/Reuters

William Montgomery is due to be executed in Ohio on 11 April for a 1986 murder he says he did not commit. Six federal judges argued he should have had a new trial because a police report contradicting the state’s theory of the case was withheld from the defense. 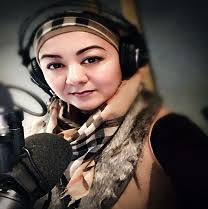 Approximately 20 relatives of Gulchehra Hoja, a Uighur journalist living abroad, have been detained and are at risk of torture. Based in the Xinjiang Uighur Autonomous Region (XUAR) of China, her family members are all thought to have been targeted due to Gulchehra Hoja’s work.

The fate and whereabouts of Gilber Caro, imprisoned in Venezuela for political reasons, have been unknown since the early hours of 2 March. Gilber Caro has been arbitrarily detained since 11 January 2017. He is being unlawfully tried before a military court despite being a civilian and Member of Parliament.

Upendra Nayak, a 65 year old lawyer who defends the rights of indigenous Adivasi people, was arrested by the Odisha state police in eastern India on 20 February 2018 for his alleged links with Maoist armed groups, in relation to cases registered by the police over eight years ago. Upendra Nayak faces charges including ‘sedition’ under the Indian Penal Code and various sections of the draconian anti-terror law, the Unlawful Activities Prevention Act (UAPA). If found guilty, he could face life imprisonment.